Rebecca Burn-Callander is a freelance journalist specialising in writing about small businesses and entrepreneurs. Former enterprise editor of The Daily Telegraph and Sunday Telegraph, she was previously associate editor at Real Business Magazine and web editor at Management Today.

She also speaks regularly at small business events across the country, including the Telegraph’s annual conference, The Festival of Business.

Rebecca is author of The Daily Telegraph Guide to Investing, published by Kogan Page, which is aimed at both complete beginners and more seasoned investors. The book currently boasts a five-star rating on Amazon.

She is currently working on her second book: The Daily Telegraph Guide to Brexit for Business.

Smith & Williamson named Rebecca in its Power 100 ranking for her work championing entrepreneurs. She is one of the top 100 journalists to follow on Twitter, according to Enterprise Nation and Gorkana. Her work on the Coffee Versus Gangs project, which helps young people in Honduras escape gang violence, has also received multiple media awards. She was shortlisted by Santander Financial Media Awards for SME Journalist of the Year.

Rebecca is available for freelance commissions for:

I know judges always say this but… it really was tough to choose! twitter.com/LDCPE/status/1… 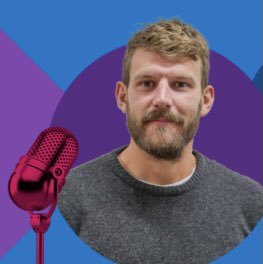 Mart here is an advocate for the zero-pound start-up. He says it forces you to be clever with resources and build a more sustainable business. Find out how he built @Teemillstore with bro Rob with just £200 #soundadvicepodcast @sageuk sage.com/en-gb/blog/sou…

Here’s something a bit different! My pal @anitabhodges is helping @PrincesTrust by organising a Zoom brekkie with @katevbright, PA turned bodyguard to the stars! What a tale! Donate, & you get a free place for a young person who needs a bit of life #inspo princes-trust.enthuse.com/pf/anita-brigh…

I’ve spent the last few months interviewing Britain’s #top50 most ambitious leaders. I’ve laughed. I’ve cried. I’ve been dumbfounded by the challenges and exhilarated by the solutions. Read it all in @thetimes today or ldc.co.uk/top-50/2021 @LDCPE

I’ve spent the last few months interviewing Britain’s #top50 most ambitious leaders. I’ve laughed. I’ve cried. I’ve been dumbfounded by the challenges and exhilarated by the solutions. Read it all in ⁦@thetimes⁩ today or ldc.co.uk/top-50/2020/ ⁦@LDCPE⁩